I was browsing through some books back in 2006 and honestly speaking, I hesitated whether to buy Tash Aw's very first debut titled "The Harmony Silk Factory". I remembered that I've read it somewhere in "The Star" newspaper sometime ago and something really funny just came over me by making that footstep to purchase this beautiful book.

It's all about Johnny Lim

A book that illustrated the colours of Malaya back in the 1940s which no one else could ever painted it so well. I am considered the Generation X of Malaysia whereby Malaya is just a portriat to me or maybe I've witnessed it somewhere in the pictures or stories in our very own history books during my secondary years. Mind you, it is never enough... whether or not our history books has been censored, I do not know and will not venture into sensitive issues.

This book is shaping one very special character by the name Johnny Lim. There are actually 3 voices that gives you the parts and pieces of this person. Mainly his son, his wife, and his British best friend.

1) The son imparted his father's life as a true hero back in the haydays until his very last breath.

2) His wife diarised the belated honeymoon adventures to the island called the Seven Maidens.
[which is now called "Pulau Besar" in Malacca]

3) His best friend has filled up all the loops wholes in the story which I guess no one else could ever imagine the real importance of his existence.

My overall rating is 4/5. This book has really brought me through adventures in Malaya back in the 1940s and I can truly say that at some point, I really do feel for Johnny at a certain aspect of his life. The feeling of pain, sorrow, & regrets.

What a page turner!!! And now I will now go listen to Mozart's Opera titled Don Giovanni... You'll get what I mean once you've finished it. 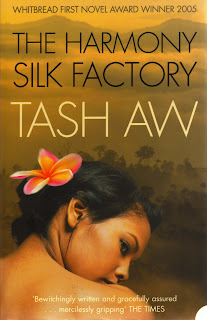